There were celebrations last week at Shoreham Sailing Club as we officially opened our new slipway. Any excuse for a party (and a chance for Shoreham Bake-off winner Rhys Griffiths to create another wonderful slipway cake!)! We were pleased to welcome many members and other harbour users to join in the fun including representatives from Shoreham Port, Sussex YC, the Coastguard Watch, RNLI, Lancing SC, Adur SC and the Scouts.

Negotiations began back in 2016 under the Chairmanship of Chas Hammond and since then it has been managed by a sub-committee who have put in some very long hours to ensure its completion. The club is indebted to Philip Ayton, Jeff McTaggart, Richard Bramley, Chas Hammond and Peter Finch.

Our slipway is just one part of the Environment Agencies Adur Tidal Walls project constructed by Team Van Oord and Mackley’s, and what we have is probably one of the best slipways of any sailing club in the UK. Whilst the journey hasn’t always been easy we are very grateful for the time and effort from these three companies. 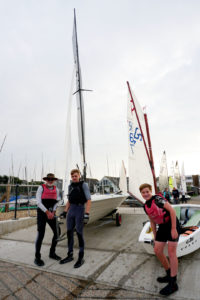 Last but by no means least we need to thank Shoreham Port, who have backed us up throughout this whole journey and without who’s support we would not have the slipway we have, or been able to operate during it construction. We are honoured that Tony Parker from the Port agreed to cut the ribbon and officially open our slipway.

First down the newly opened ramp was one of our oldest sailing members and Olympic medallist Alan Warren crewed by his grandson Will Carroll in their Merlin Rocket, and one of our youngest, Rhys Griffiths in his Optimist. They battled it out with other club members in an exhibition race just off the end of the slipway, won by John Mills in his Supernova.

The club is in an excellent location as we launch down the new extra-wide slipway into the sheltered waters of Shoreham Harbour with only a short sail to the open water and waves of the South Coast.  Shoreham Sailing Club’s byline has always been ‘Real Sea Sailing’ and this is now even easier as we have a wonderful new launching facility.

Check out Alice’s photos from the launch and exhibition race. 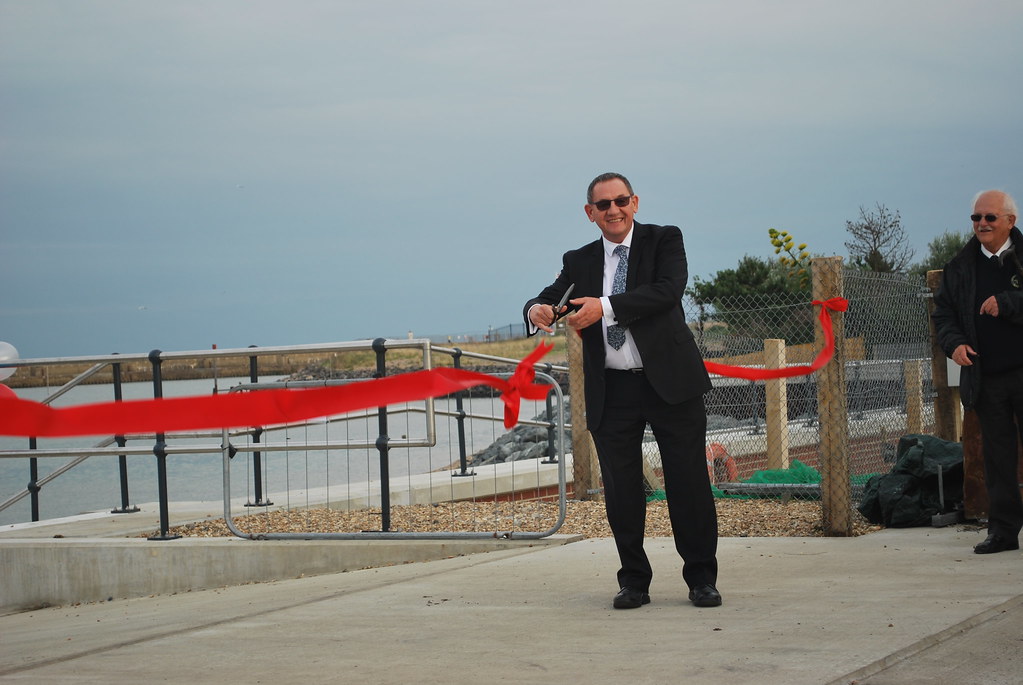