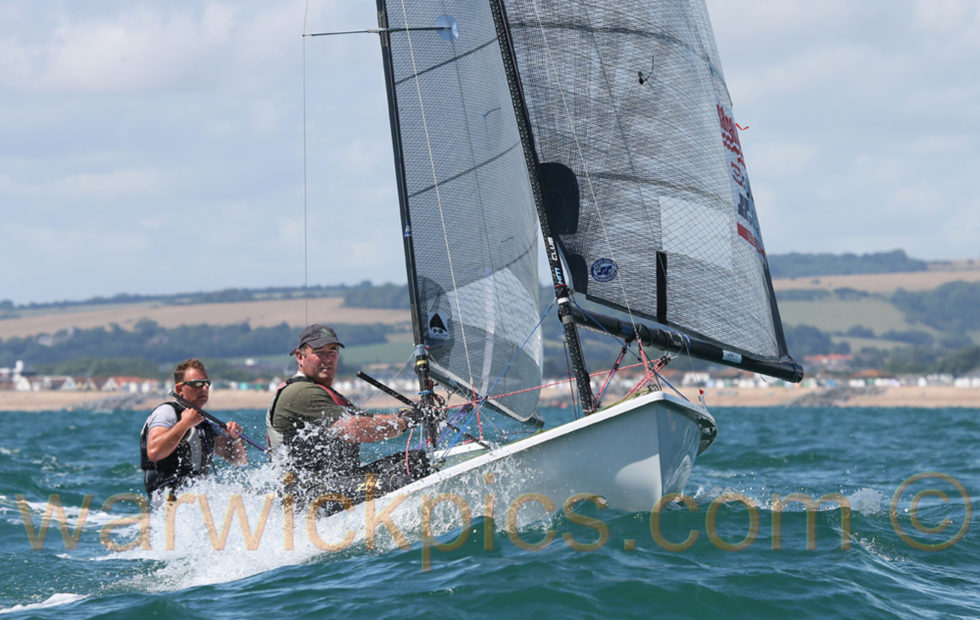 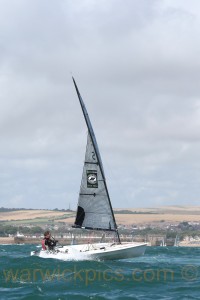 Eleven eager Phantom helms arrived at Shoreham Sailing Club on Saturday 3rd August to compete in the Phantom Southern Series event, sponsored by Monkey Marine. Shoreham is the host of our 2013 Nationals in September so a good warm up event especially for the pond sailors like myself. The event was shared with the Merlin Rockets who were all practising for there Nationals the following week and part or the Silver Tiller series.

Race 1 – (F3-4 gusting 5) was started promptly and Nick Orman cracked the start without even knowing it, as he had only just made the port end, he tacked away behind John Wayling who was only just beaten to the windward mark by local hero Tyler Harmsworh, Nick managed to get past Tyler on the reach and hold to the finish, John could only watch Matthew House and Simon Hawkes 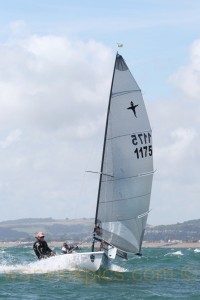 sail by as his technique was one of survival due to the “Lumps” which were developing in the wind over tide conditions. Nick managed to get past Tyler on the next beat and Matt past Simon finishing in a Nick, Tyler, Matt – 123.

Race 2 Re-run – (F3, gusting 4) A clean start by the fleet and some very close racing with the top 5 all changing places, Tyler fought he way through to the lead but was never out of the sights of Simon or Nick who finished closely behind in that order with Matt a very close 4th and John languishing in 5th and still trying to remember how to catch at least one wave! 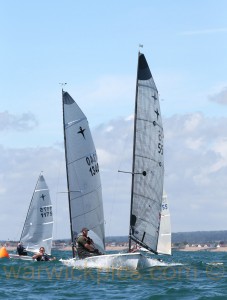 Race 4 – Even warmer, with the waves building slightly due to a tide beginning to change and a slight increase in wind or was it me getting tired?, with the line being heavily reset following the Merlin general recall and re-start, it was a Port Biased affair but we were away cleanly, the AWOL Nick who had exhausted himself, following the large intake of wine and Flu tablets the result was going to be different, but Tyler set off like a poltergeist and Simon followed round his trail, both Matt and John had a battle royal, I think we changed places a dozen times, on all point of sailing, but the final 3 were Tyler, Simon & John who only pipped Matt by seconds to the line.

New boy to the sea and Southern circuit Andy Spencer from Burton (Pond) had an eventful weekend, 1 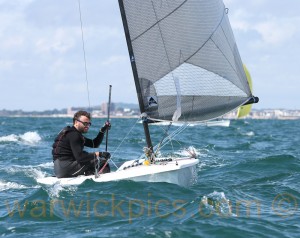 broken mast and 1 angry Fisherman, but a tick in the box in preparation for the Nationals, Local Boy Bill Whitney won the first club boat as Tyler took the overall trophy and Adam Perry & Clive Morley just has a “Lovely Weekend on the Lumpy stuff and a few(?) pints on Saturday night”.

The Phantom class would like to thank Shoreham Sailing Club for running a cracking event, the weather helped tremendously and also Monkey Marine for sponsoring the event.

Next stop for the Phantoms is the East Coast Championships at Southwold this weekend.