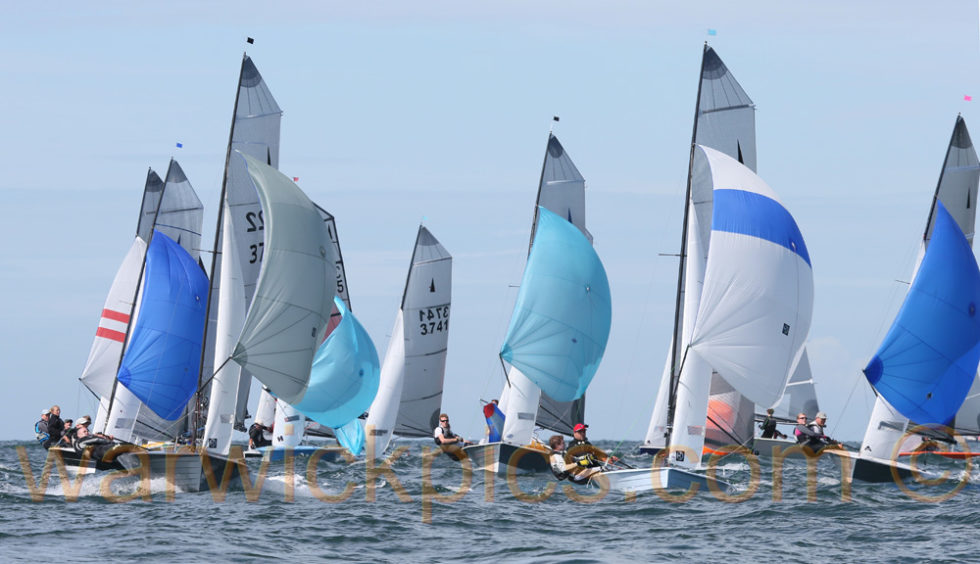 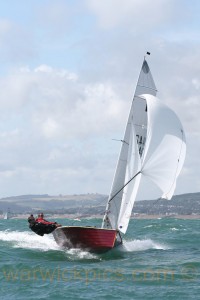 Shoreham Sailing club provided the perfect pre-championships training for 32 Merlin Rockets who arrived to glorious sunshine and lifting flags for their annual open meeting over the weekend of 3-4 August.

A strong force 6-7 from the south west kept the competitors ashore for a brief time on Saturday, however the wind moderated slightly to enable the race officer Peter Bennett to go for a start.

Huge waves greeted the intrepid teams as they left the sheltered harbour, but the race got under way promptly with Taxi Davies and Tom Pygall leading round the windward mark before they succumbed to the wind and waves downwind. Ben and Roz McGrane took up the mantle showing the fleet some superb boat handling to take the win, closely followed by Jon Turner and Richard Parslow with Jon Gorringe and Toby Lewis in third. 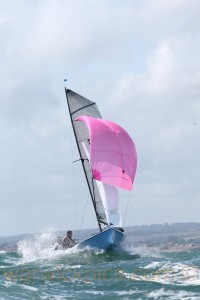 With only a few breakages the rest of the fleet enjoyed some spectacular sailing (and swimming) in extreme conditions, and with the weather due to moderate for Sunday the Race Officer opted for discretion over valour and brought the fleet home to fight another day.

Sunday dawned to another glorious sunny day and a force 3-4 south westerly. Hangovers after a superb curry and late drinking session were soon washed away on the first reach, and again Ben and Roz lead from start to finish, but were pushed hard by Dave Hayes and Jonny Ratcliffe in second and Roger Gilbert and James Stewart third.                   .

After a quick turn-around race three got underway with William Warren and Chris in their new ship leading at the windward mark, closely followed by Ben and Roz who duly took the lead and the win. Dave and Jonny were second followed by Jon and Toby. 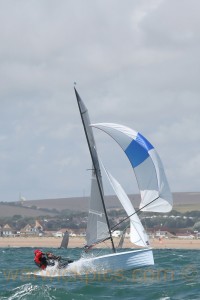 Race 4 and out came the black flag on the second start. Ben and Roz nailed the pin end and were off for their fourth victory of the weekend. Second was Jon and Toby and in third Taxi and Tom.

Overall Ben and Roz won all three trophies, for Saturday, Sunday and overall and are looking hot favourites for the Rooster Merlin Rocket National in Tenby starting next weekend. Jon Gorringe and Toby Lewis were second with Dave Heyes and Jonny Ratcliffe third. First Shoreham boat was William Warren and Chris Robinson.

We would like to say a huge thank you to everyone that made this weekend possible. Particular thanks to;

A truly superb weekend on and off the water which the club should be proud. 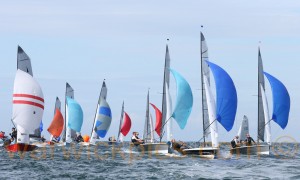