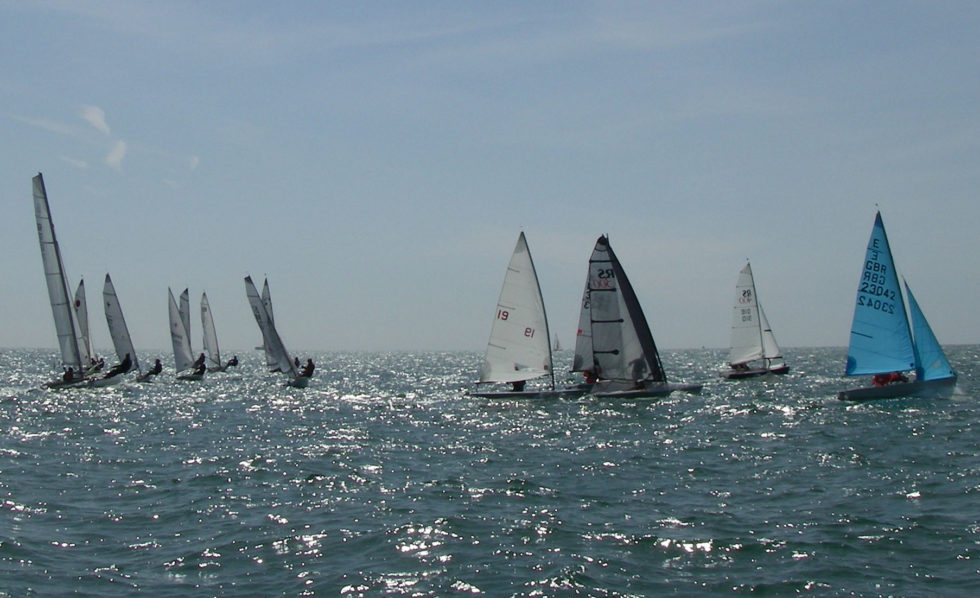 Shoreham Cooler series saw a battle of the Merlins which went down to the last race to decide the winner. William Warren crewed by Mark Oakey were the victors, with Alex Jackson and Alex Warren/Frances Gifford finishing second. Rounding out the podium positions was the 505 of Peter Bennett and Tyler Harmsworth/Neil Ashby.

Finishing on equal points with the 505 was first visiting boat, Ben Hollis and Caroline Croft in their Merlin Rocket.

In total 19 boats raced over series, eight of which were Merlin Rockets – including seven Shoreham regulars. Competition was also tight in the middle of the fleet with Shoreham members Chas and Mandy Hammond in their Wayfarer finishing on equal points with John and Caz Mills in their Kestrel to beat them to 7th. David Ryder won the battle of the single handers in his RS300, beating Martin Walker (the best results compiler a club could want) in his Laser by a single point.

A huge vote of thanks goes to Steve Popple who was Race Officer for the entire series, and was ably assisted by a range of Shoreham members in the safety boats.

See the results page for the full results.